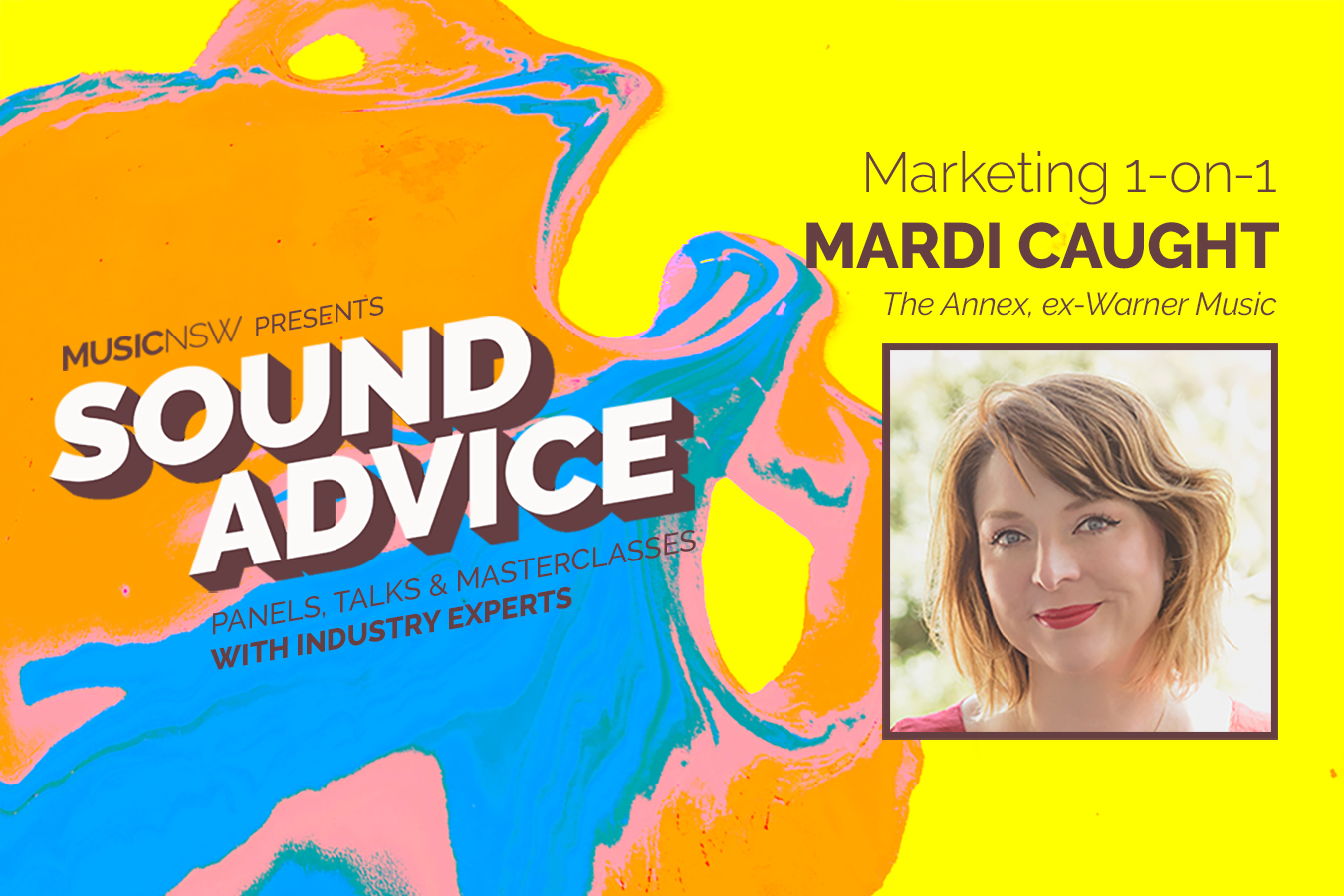 Lock in your sit-down with marketing titan Mardi Caught (The Annex and former General Manager of Warner Music Frontline Marketing), and get personalised guidance on laying the foundations for your marketing strategy and building your brand.

Each session is 30 minutes and will give you face-to-face feedback on what you’re doing right and what you could be doing better in terms of getting your mug (and your music) out there.  There are only 4 slots so get in quick!

If travel to Redfern is not an option for you, online video call arrangements can be made. Contact us for more details.

107 Projects is an accessible space. See here for details on venue accessibility. For any further questions please contact us.

Mardi has previously held roles in the UK as International Marketing and Promotions Manager for EMI, Vice President of Talent and Music at MTV UK and General Manager of Columbia Music Sony UK (Ting Tings, Mark Ronson, Kings of Leon,Calvin Harris). She returned to Australia in 2009 to take up the GM role of Day One Entertainment at Sony Music Australia, before heading to Warner Music.