SOUND ADVICE | Orange: Making The Most Out of Your Recording - MusicNSW
Skip to content 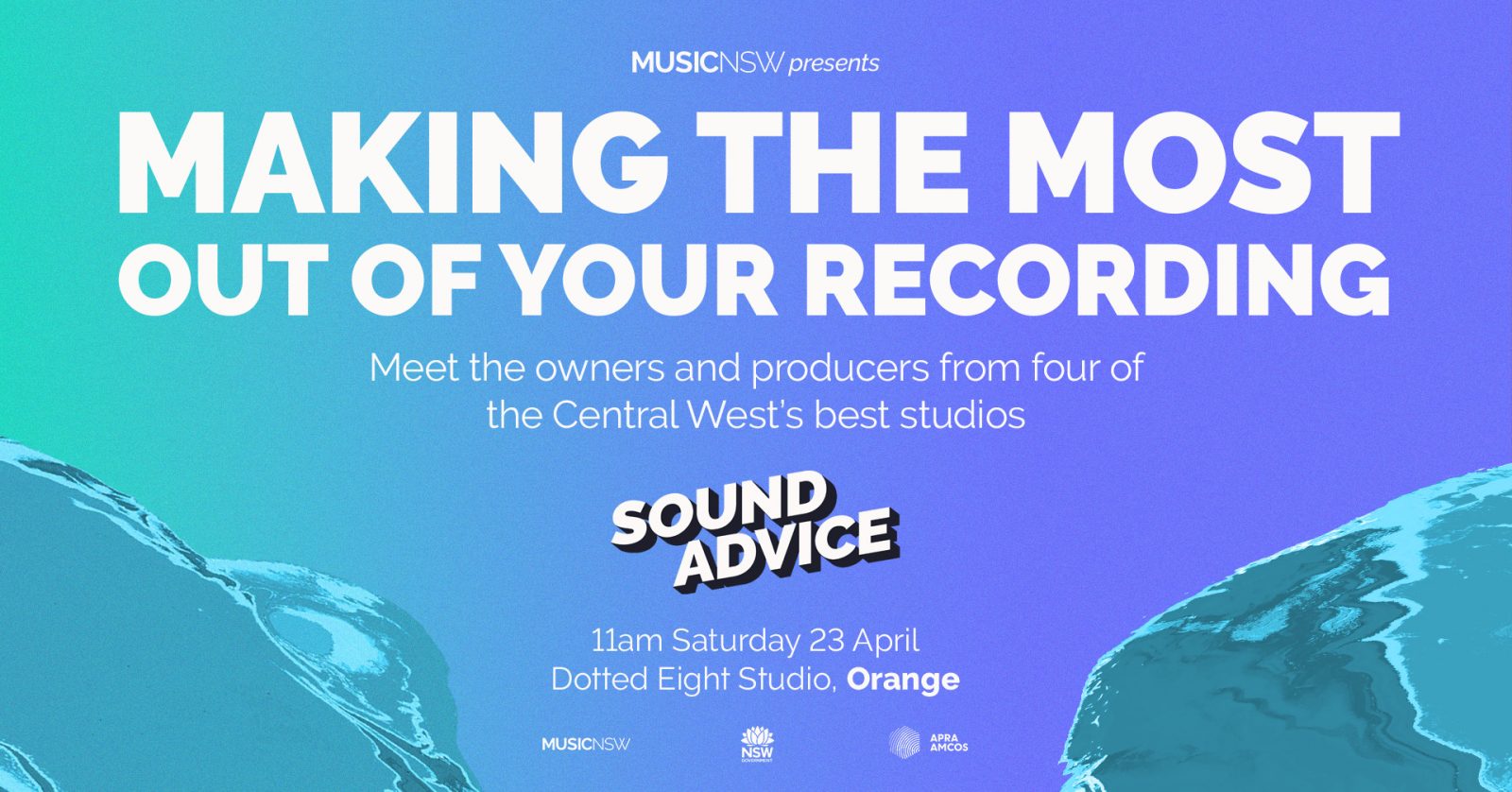 SOUND ADVICE is in Orange this April to give you the lowdown on everything you need to consider before, during and after you lay down those groundbreaking tracks!

Come along to the newly renovated Rolling Wheel Studios in Orange and meet the people behind four of the Central West’s best recording set-ups. Find out about their studios, how they like to work, what a producer does (and doesn’t do), and what it takes to get your best performances down on tape. With this much choice, you’ll see that there’s no need to leave the region to get a world-class product.

You’ll have the chance to network, and chat 1-on-1 with Craig Honeysett (Dotted Eight Studio), Kris Schubert (The Boatshed), Pat O’Donnell (Rolling Wheel Studios), and Tim Roebuck (Tim Roebuck Audio), as well as your host and Regional Music Officer for the Central West Patrick Coomey.

Attendance is free with registration.

SOUND ADVICE – ORANGE
Making The Most Out of Your Recording

MusicNSW is supported by Create NSW and APRA AMCOS.

This event is taking place on stolen Wiradjuri land. MusicNSW acknowledges the traditional owners of this land and the colonial violence that displaced them. We pay our respects to Wiradjuri elders past and present, and acknowledge that sovereignty was never ceded. This always was and always will be Aboriginal land.